A CHANCE TO CELEBRATE

THIS YEAR WE HAVE SOME WONDERFUL INDIVIDUALS WHO WE HONOR FOR THEIR IMPORTANT CONTRIBUTIONS TO CLASSIC CINEMA. IT IS OUR WAY TO MAKE SURE WE ALWAYS REMEMBER THOSE WHO PAVED THE WAY AND CONTINUE TO MAKE CINEMA SO DEAR TO OUR HEARTS. 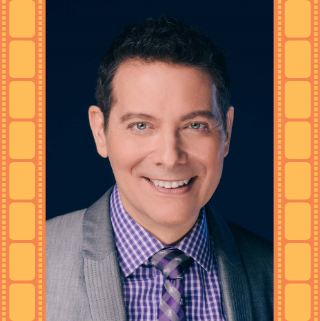 Legendary Emmy® winning and Golden Globe® nominated actress, comedienne, and musical performer, MITZI GAYNOR will be honored at Cinecon 58 Classic Film Festival with the Cinecon Legacy Award. Ms. Gaynor made her motion picture debut alongside Betty Grable in the 20th Century Fox film production My Blue Heaven and went on to dazzle audiences in some of the most revered musicals of Hollywood’s “Golden Age” including There’s No Business Like Show Business with Ethel Merman and Marilyn Monroe, Anything Goes with Bing Crosby and Donald O’Connor, Les Girls with Gene Kelly, and most notably as “Ensign Nellie Forbush” in the blockbuster film adaptation of Rodgers & Hammerstein’s South Pacific, for which she received a Golden Globe nomination as Best Actress. Concurrent with her film & concert career, her innovative annual television specials, including Mitzi…and 100 Guys, and Mitzi…Roarin’ in the ’20s, garnered 17 Emmy nominations, winning 6 awards.

She was recently inducted into the Great American Songbook Hall of Fame by her friend MICHAEL FEINSTEIN. Mr. Feinstein will be in conversation with Ms. Gaynor and will be presenting the Cinecon Legacy Award to her prior to a screening of her 1956 Paramount film Anything Goes on the opening night of the festival on Thursday, September 1st. Mr. Feinstein is one of the leading musical entertainers and piano virtuosi of recent decades, his work as an educator, archivist, interpreter, and Ambassador of the Great American Songbook has established the popular and honored musician as a pre-eminent force in contemporary music. His dazzling career as a top-selling and critically acclaimed recording artist and a star performer on Broadway, and the world’s great concert stages have earned him five GRAMMY® Award nominations, two Emmy nominations for his PBS-TV specials, and acclaim for his NPR series.  His live concerts have spanned the globe including iconic venues such as The White House, Buckingham Palace, Hollywood Bowl, Carnegie Hall, and the Sydney Opera House.

Cinecon is thrilled to be honoring MITZI GAYNOR at our festival this year and pleased that MICHAEL FEINSTEIN will be joining us to help pay tribute to her!

RECEIVING THE CINECON LEGACY AWARD FOR THIS YEAR’S FESTIVAL CHILD ACTOR WHO BROUGHT US THE “CHILD’S EYE VIEW”. Cinecon is pleased to announce that Actor Jimmy Hunt will be receiving the Cinecon Legacy Award at this year’s festival. The award will be presented by his friend and co-star Janine Perreau. He and Janine worked together in Weekend With Father (1951) as well as Invaders From Mars (1953). Ms. Perreau will be presenting the award to him after a screening of the newly restored sci-fi classic.

LA native Jimmy Hunt was seven years old when he was selected by an MGM talent scout to play Van Johnson as a child in High Barbaree (1947). From that point onward, the freckle-faced Hunt remained in great demand as a general-purpose juvenile. He went on to play Evelyn Keyes’ foster child (and plot motivator) in The Mating of Millie (1948), “mean widdle kid” Junior in Red Skelton’s Fuller Brush Man (1948), and Ronald Reagan’s son in Louisa (1950).

At 20th Century-Fox, he appeared as William Gilbreth, one of the twelve offspring of efficiency expert Frank Gilbreth (Clifton Webb) in Cheaper by the Dozen (1950); two years later, he played another member of the Gilberth clan in the Dozen sequel Belles on the Toes (1952). It wasn’t until his 38th film that he essayed his most famous role: wide-eyed David Maclean in the “child’s eye view” sci-fier Invaders from Mars (1953).

RECEIVING THE CINECON LEGACY AWARD FOR THIS YEAR’S FESTIVAL VERSATILE PERFORMER OF STAGE AND SCREEN. George Chakiris was born in Norwood, Ohio. He is the son of Steven and Zoe Chakiris. They were immigrants from Greece.  A graduate of the American School of Dance, Chakiris recalls the early days of passing the Grauman’s Chinese Theatre, “where the world’s most glamorous people were seen,” never thinking that one day he would be attending his own premiere for West Side Story (For which he received a Golden Globe and an Academy Award) and eventually, in Dec 2011, would have his hand and footprints placed in the famous forecourt, among those whom he had idolized.

In 1947, Chakiris made his film debut in the chorus of Song of Love. Later he appeared in several small roles, usually as a dancer or a member of the chorus in various musical films. He was one of the dancers in Marilyn Monroe’s “Diamonds Are a Girl’s Best Friend” number in Gentlemen Prefer Blondes released in 1953. He again appeared as a dancer alongside Rosemary Clooney in White Christmas in “Love, You Didn’t Do Right by Me.” In 1961, George’s biggest success came with the film West Side Story, for which he won the Golden Globe and the Academy Award for Best Supporting Actor for his role as Bernardo, leader of the Sharks.

He had also appeared as Riff, leader of the Jets, in the West End in London. He starred as a doctor in the film Diamond Head released in 1963, opposite Charlton Heston and Yvette Mimieux, and in 1967, he appeared alongside Gene Kelly in Jacques Demy’s French musical Les Demoiselles de Rochefort.

Besides films, Chakiris performed on Broadway and on television. In the early 1960s, he embarked on a career as a pop singer, resulting in a couple of minor hit songs. In 1960, he recorded one single with noted producer Joe Meek. He worked more in television in the 1970s and 1980s, appearing on such shows as Wonder Woman, Medical Center, Hawaii Five-O, Dallas, Murder, She Wrote, and the TV daytime drama Santa Barbara. In Superboy, he appeared as Professor Peterson during the series’ first two seasons from 1988-1990. Chakiris’s last role to date was in a 1996 episode of the sitcom Last of the Summer Wine.

His reclusive reputation has made him highly sought for interviews. His hobby of making sterling silver jewelry has turned into a new occupation and can be viewed at georgechakiris.com Dear friend and actress Ruta Lee will be presenting him with the Cinecon Legacy Award after a screening of the 1964 epic war film 633 Squadron in which he co-starred with Cliff Robertson.

RECEIVING THE CINECON LEGACY AWARD FOR THIS YEAR’S FESTIVAL MORE THAN 70 YEARS THE STAR AND ARTIST. Audiences of every medium will recognize Patty from her more than seven decades of stage, screen, and television appearances. While making her film debut at 5 years old in Two Gals And A Guy starring Robert Alda and Janis Paige, it was her starring role in the film The Bad Seed which she transferred from stage to screen earning her an Oscar and Golden Globe nomination- that made her a household name and which leads the pack of her nearly three dozen feature films including Kathy ‘O, The Adventures of Huckleberry Finn, The Mini-Skirt Mob, Bug, Mommy and its sequel Mommy 2: Mommy’s Day, Inhabited, with Malcolm McDowell, Soda Springs, and the award-winning Shallow Ground and Heart of the Beholder. Patty’s portrayal of “Pat Nixon” in Ron Howard’s Frost/Nixon and “Mildred Drummond” in Paul Thomas Anderson’s The Master marked more than a half-century of film work.

Throughout the years Patty has appeared in more than a dozen stage productions including her recent return to the New York Stage in the revival of Mornings At Seven, while continuing to be a familiar face on some of televisions biggest hits playing “Ingeborg” on I Remember Mama; Adrianna’s mother “Liz LaCerva” in HBO’s The Soprano’s; “Irene” on FOX’s critically acclaimed Skin; Joan on ABC Family’s Greek; “Evelyn Michaelson” on CBS’ long-running Dallas; Sylvie Stephens-Wilkes on the CW’s Hart Of Dixie; and “Anne Brooks” on the hit ABC sitcom The Roper’s; and her more than 250 television appearances including Playhouse 90 originating the role of “Helen Keller” in The Miracle Worker,  starring in her own show, Peck’s Bad Girl and on such beloved shows as Rawhide, Barnaby Jones, EWives, Scandal, Criminal Minds, Entourage; Hulu’s Chance, Dirty John, General Hospital; as well as House of Deadly Secrets for NETFLIX, and HALLMARK’s Christmas in Evergreen: Tidings of Joy, and Always Amore Patty made a very special appearance as “Dr. March” in Rob Lowe’s adaptation of The Bad Seed for Lifetime, and appears in the upcoming sequel.

Patty will be presented with her award by her nephew, New York City business leader and fellow actor, Fred Cerullo.